Angela Haydel graduated from UCSB with a Bachelor of Arts in Biological Sciences, and a Masters in Exceptional Student Education from the University of West Florida.  She has been working with individuals with developmental disabilities in a variety of settings such as assisted living facilities, day programs, schools, and in the home, since 2006.  She became a BCBA in 2014 and has focused her skills on Pivotal Response Treatment with young children.  She started her career as a behavior interventionist with Holdsambeck Behavioral Health and is now the Clinical Coordinator of the Southern Santa Barbara County, and also serves the Santa Ynez Valley.​

Jennifer Posey, MA, BCBA
Director, Northern Santa Barbara County
Jennifer Posey has been working with children with developmental disabilities since 1995.  She graduated with a BA in Behavior Psychology in Maryland and began working in a residential school setting for children with autism and significant challenging behavior.  Since then she's worked in a variety of capacities at a variety of settings including public schools, non-public schools and home-based ABA. She has an MA in Special Education and a became a Board Certified Behavior Analyst in 2013.  She is passionate about helping individuals, families, and communities. She strongly believes we can "save the world with ABA". Jennifer oversees clinical ABA services for Holdsambeck Behavioral Health in Northern Santa Barbara County.

Candace Robertson, MA, LMFT, BCBA
Director, San Luis Obispo and Kern Counties
Candace completed her undergraduate degree in psychology at San Jose State University and her Master’s in Psychology at Chapman University. She then received her Certificate in Behavior Analysis from Florida Institute of Technology. Candace is a Licensed Marriage and Family Therapist and Board Certified Behavior Analyst and has been working with children, adolescents, and adults on the Autism Spectrum and their families for more than 12 years. She has worked in a variety of settings including residential treatment, supported living, supported employment, Tri-Counties Regional Center, and in a non-public school providing behavior therapy for emotionally disturbed children. In addition to her ABA experience, she has had training and experience treating a wide variety of childhood disorders in a therapeutic setting, including behavioral and emotional disturbances, PTSD, and attachment disorders.

Megan Stollmeyer, MA BCBA
Director, Southern Santa Barbara County
Megan moved to Santa Barbara, California from Walnut, California in 2007 to pursue her undergraduate degree in Psychology. She quickly became passionate about investing in the lives of those with developmental disabilities. Megan began working at Holdsambeck Behavioral Health in 2008 as a behavior interventionist and can still recall her excitement when she realized there was actually an evidence-based treatment that could improve behavior, and consequently improve lives.  Megan has since completed her graduate studies and has also developed a passion for growing as a leader and communicator while developing a team of well-rounded behavior interventionists who have a passion to change the lives of individuals they serve. 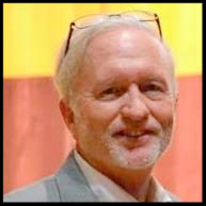 Dr. Holdsambeck has over 35 years of clinical experience delivering ABA services to people with developmental disabilities, including those on the autism spectrum. He served his country as a Captain in the USAF-R; his community as a professor of behavior analysis for over 25 years; and his field as Executive Director of the prestigious Cambridge Center for Behavioral Studies. He was selected as the 2010 distinguished colleague by the Chicago School LA's department of ABA. In 2011, he received the outstanding service award from the Cambridge Center for his work in bringing evidence-based practices to California.